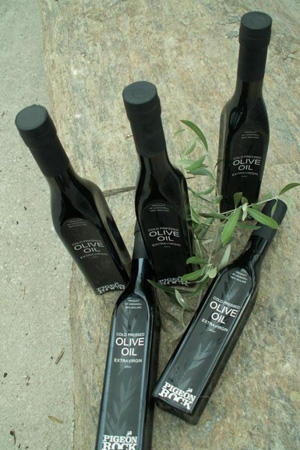 The beneficial health effects of olive oil are due to both its high content of monounsaturated fatty acids and its high content of antioxidative substances. Studies have shown that olive oil offers protection against heart disease by controlling LDL ("bad") cholesterol levels while raising HDL (the "good" cholesterol) levels. No other naturally produced oil has as large an amount of monounsaturated as olive oil -mainly oleic acid.

Olive oil is very well tolerated by the stomach. In fact, olive oil's protective function has a beneficial effect on ulcers and gastritis. Olive oil activates the secretion of bile and pancreatic hormones much more naturally than prescribed drugs, consequently, it lowers the incidence of gallstone formation.

Studies have shown that people who consumed 25 milliliters (mL) - about 2 tablespoons - of virgin olive oil daily for 1 week showed less oxidation of LDL cholesterol and higher levels of antioxidant compounds, particularly phenols, in the blood.

In a recent profile of Whole Foods cofounder and CEO John Mackey, he said that he had given up sugar, most processed foods and vegetable oils. Vegetable oils? Most people think these are healthy, but they're not... here?s why.

It used to be that heavy weights were used to squeeze the oil from plants (which is what?s really meant by the term "vegetable oil"), but now most manufacturers use heat and chemical solvents, in particular petroleum-derived hexane. Both methods end up removing potential health benefits, I learned from Maggie Ward, MS, RD, LDN, nutrition director of Dr. Mark Hyman's UltraWellness Center in Lenox, Massachusetts. The principle demon is heat. At certain temperatures, heat oxidizes and neutralizes many of the plant?s nutrients. This makes the oil rancid (yes -- even though you can?t tell, which I will explain in a minute) and as a result, the oil?s healthy antioxidants and essential fatty acids are replaced by destructive free radicals.

Adding insult to injury, most vegetable oils are then refined after extraction -- using yet more chemicals and high heat to bleach and deodorize them. This removes color to make the oil look more appealing and erases any rancid smell and taste. The result is oil that is bland enough to add moisture and texture without changing the taste of baked foods, for instance. And the supposed benefit is that cooks can use these oils for frying, because they can be taken to high temperatures without smoking. But the real result of all this processing means that we end up using nutritionally void oil to cook in a way that is inherently unhealthful. And yes, this includes oils such as soybean and canola oil that are marketed as "healthy" and "good for you."

Don't throw up your hands in frustration -- there are oils that are good for you, produced in ways that preserve their health-giving properties, says Ward. Here's a list, along with what you need to know about them.

Olive oil is the leader of the pack when it comes to health, but it requires careful handling. Purchase only olive oil that is cold-pressed (it will say this on the label) and preferably extra-virgin, which will have the most nutrients. When cooking with olive oil, Ward cautions against using heat higher than medium, and if the oil does start to smoke, she says, it should be thrown out. Not only will the heat make it rancid, it will destroy nutrients and create carcinogens, Ward says.

To cook healthfully with olive oil, preheat the pan for up to a minute and then add the food and oil at the same time rather than starting with the oil alone. This prevents overheating and provides a bonus -- the food better absorbs the oil?s healthy essential fatty acids. For added flavor and health, sprinkle a bit of olive oil over the food when you have finished cooking. To store olive oil: Keep it in a dark glass bottle or any opaque container in your cabinet or on the counter -- no need to refrigerate unless your kitchen is exceptionally warm.

Tropical oils. Coconut and, to a lesser degree, palm oil have had a health resurgence in recent years. As saturated fats, these used to be considered heart unhealthy, but this type of oil is now recognized by physicians and scientists as necessary and good for you (though not in excess). These oils will not oxidize, so you can cook with them at higher temperatures. Storage for coconut and palm oils: Since these oils are not temperature- or light-sensitive, it is fine to store them on the counter or in the pantry.

Seed and nut oils. Some seed and nut oils have become popular as seasoning added to salads and other dishes after cooking. Sesame oil, for example, has plenty of antioxidants, and Ward says that unrefined sesame oil retains more of its nutrients because the seeds are easy to press. However, seed and nut oils turn rancid quickly (even when kept cool), so it is best to buy small quantities that you can use within a few weeks. Sniff the oil before using -- toss it if it no longer smells fresh. Nut and seed oil storage: Refrigerate in dark bottles.

Pigeon Rock Olive Oil has a crisp, peppery flavour and is the perfect addition to your meals 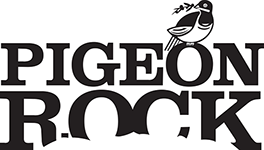